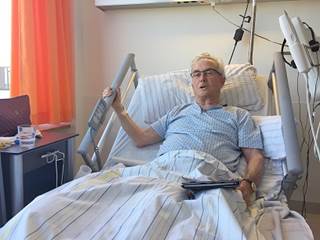 A novel oral formulation of urea increased plasma sodium levels significantly and was well tolerated, according to investigators.

Urea appears to be a safe and effective treatment for inpatient hyponatremia, according to a new study.

Helbert Rondon-Berrios, MD, of the University of Pittsburgh School of Medicine, and colleagues studied 58 hyponatremic patients (plasma sodium levels of 135 mEq/L or less) hospitalized at the University of Pittsburgh Medical Center. All received an oral formulation of urea (7.5–90 g/day) over a median of 4.5 days. Some patients received only urea.

Plasma sodium levels increased significantly from a median of 124 mEq/L at baseline to 131 mEq/L at the end of treatment, Dr Rondon-Berrios' team reported online ahead of print in the Clinical Journal of the American Society of Nephrology. Among 12 urea only-treated patients, median plasma sodium levels rose from 125 mEq/L at baseline to 131 mEq/L by the end of treatment.

The investigators also compared a matched group of 12 urea only-treated with 12 urea-untreated patients. Compared with the patients not treated with urea, the urea only-treated patients experienced a significant rise in plasma sodium in the first 24 hours of treatment (2.5 vs -0.5 mEq/L). Dr Rondon-Berrios' team found no significant difference in change in plasma sodium over the full course of hyponatremia treatment.

“The findings of our study show that a formulation of oral urea that has recently become available for use in the United States seems to be effective for the treatment of hyponatremia in the inpatient setting,” the authors wrote.

In addition, they reported that the treatment was safe and well tolerated, with documented serious adverse events or episodes in which the rate of correction of plasma sodium was overly rapid.

Oral urea is an osmotic agent that increases urinary free water excretion, the authors noted. It is supplied as a powder that is mixed with water or juice. No medical prescription is needed. The University of Pittsburgh added the product to its inpatient formula in July 2016, Dr Rondon-Berrios and his colleagues noted.