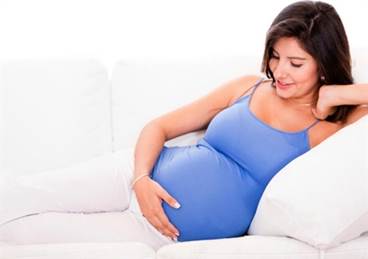 Women face unique challenges to their kidney health, including during pregnancy, according to a new report.

Time-averaged hemoglobin levels, not hemoglobin cycling, is associated with an increased risk of left ventricular hypertrophy in pediatric dialysis patients, a study found.

In a Spanish study, endoscopic evaluation of patients with CKD and anemia revealed that 68.2% of patients had at least 1 gastrointestinal lesion.

The 10-year prevalence of colonoscopy-documented colorectal cancer was 0.8% among gout patients vs 3.7% among osteoarthritis patients.

Men who received androgen deprivation therapy for prostate cancer were 54% more likely to be diagnosed with non-alcoholic fatty liver disease than those who did not, a study found.

A novel oral formulation of urea increased plasma sodium levels significantly and was well tolerated, according to investigators.

Finnish study of individuals with type 2 diabetes reveals a 42% and 17% higher incidence of kidney and bladder cancer, respectively, compared with the general population.

Diabetes Develops At a Higher Rate in the CKD Population

New study reveals a type 2 diabetes incidence rate of 17.81 cases per 1000 person-years, a rate much higher than in the general population.

Febuxostat May Preserve Renal Function in Some CKD Subgroups

Study of patients with CKD stage 3 and asymptomatic hyperuricemia showed that febuoxostat ameliorated the annual decline in eGFR vs placebo in those without proteinuria.

Salt intake below 6 g/day is associated with increased odds of all-cause and cardiovascular in patients on hemodialysis, Japanese study shows.

In a large Swedish study of middle-aged individuals, increments in baseline serum urate levels were associated with progressively increased risks of gout over a mean 28 years of follow-up.

Higher rates of complete response observed in MIBC patients who received a dose-dense combination of methotrexate, vinblastine, doxorubicin, and cisplatin rather than the standard gemcitabine plus cisplatin or carboplatin.

In a German study of patients starting first-line systemic therapy for advanced renal cell carcinoma, patients with a low BMI were twice as likely to die as those with a high BMI.

The risk being lost to follow-up while on active surveillance for prostate cancer is higher among blacks than whites, according to a study.

Desmopressin ODT Has Similar Efficacy in Nocturia Patients With OAB

Gout Associated With Increased Hearing Loss Risk in the Elderly

Hearing impairment is 44% more likely to develop in Medicare patients with vs without gout, a study of Medicare claims data shows.

In a study, 28% of all incident in-hospital falls were associated with nighttime visits to the toilet.