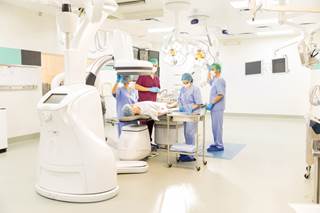 In a phase 3 trial, acute kidney injury developed in 13.2% of patients undergoing invasive coronary angiography compared with 5.6% of those undergoing computed tomography angiography.

Longer-term data suggested that such AKI led to chronic renal impairment. Estimated glomerular filtration rates did not differ significantly between groups at baseline (84.3 vs 87.1 mL/min/1.73 m2 for the non-invasive and invasive angiography groups, respectively), but after a median 1.9 years, 38% of patients with contrast-induced AKI still had elevated serum creatinine compared with 6% of patients without contrast-induced AKI.

Dr Dewey added that future trials need to be conducted in other populations to better understand the phenomenon.