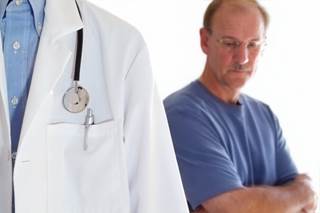 Plaque calcification in Peyronie's disease (PD) is associated with a significantly lower rate of successful treatment with collagenase clostridium histolyticum (CCH) injections, according to a new study.

In addition, the study found that greater baseline curvature is associated with increased likelihood of successful curvature improvement.

Kevin Wymer, MD, and colleagues at Mayo Clinic in Rochester, Minnesota, collected data prospectively on 192 men who underwent 1–4 cycles of CCH for PD. Of these, 115 completed 2 or more CCH cycles and had data available on curvature assessment. The primary outcome was the proportion of men with 20% or greater improvement in composite curvature (primary and secondary curvatures).

Further, compared with men who had moderate or severe calcification, those with no calcification had significantly greater improvement in curvature (28.1 vs 10.3 degrees).

“Identifying plaque calcification is critical for appropriate patient counseling and may serve as a differentiating factor when selecting appropriate therapies for men with PD,” Dr Wymer's team concluded.