CMX-2043 Did Not Reduce Contrast-Induced Nephropathy 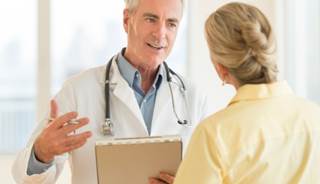 New therapies are needed for patients who experience acute kidney injury as a result of PCI.

“[AKI] is a major problem in contemporary percutaneous coronary intervention… with an incidence of about 20% to 25% in high-risk patients,” Deepak L. Bhatt, MD, MPH, study investigator from Brigham and Women's Hospital in Boston, said during a press conference at the 2016 American College of Cardiology Scientific Sessions & Expo. “Unfortunately, this particular approach … did not reduce [AKI].”

To date, a number of different approaches have been attempted for reducing contrast-induced nephropathy, Dr Bhatt noted. “But from a bottom-line perspective, other than just giving patients saline water before the procedure by the vein … nothing else has clearly been demonstrated to reduce that risk. Therefore, we need new therapies.”

Results of an earlier study, SUPPORT-1, found that a single intravenous bolus of CMX-2043—a derivative of alpha-lipoic acid plus a chemical moiety for potency—reduced the mean peak rise in concentrations of creatine kinase-myocardial band (CK-MB) and troponin T, with no serious drug-related adverse events.

Similarly, differences in the rates of MACE, MAKE, and their component endpoints did not reach statistical significance (P>.1 for all comparisons).

He added that the trial's design might serve as a useful template for future trials to efficiently determine whether novel agents that appear promising in animal studies are worth examining in larger, more expensive phase 3 evaluations.

“In this case, we did prevent a large, 10 000-patient study that would have likely been negative from happening by efficiently studying this in about 300 patients,” he said.