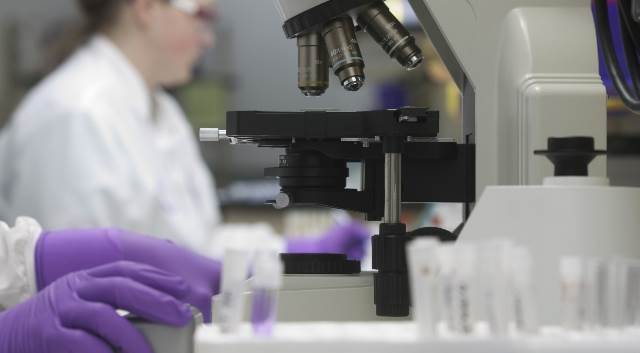 Cystoscopy and cytology remain the standard for diagnosis, but a plethora of urinary biomarkers could someday be a useful adjunct to NMIBC surveillance.

Finnish study of individuals with type 2 diabetes reveals a 42% and 17% higher incidence of kidney and bladder cancer, respectively, compared with the general population.

Higher rates of complete response observed in MIBC patients who received a dose-dense combination of methotrexate, vinblastine, doxorubicin, and cisplatin rather than the standard gemcitabine plus cisplatin or carboplatin.

New meta-analysis shows adjuvant intravesical gemcitabine and bacillus Calmette-Guérin do not differ significantly with respect to risk of recurrence, progression, and adverse events.

Urine Cytology May Not Improve Hematuria Evaluation for Bladder Cancer

Recurrence rate was 26.4% among patients who had overnight continuous saline irrigation following transurethral resection of bladder tumor vs 38.2% among those who did not.

Keytruda, Tecentriq Labeling Updated to Limit Use in Urothelial Cancer

The updates come after the Agency made the decision to limit the use of these agents as monotherapy in patients with metastatic urothelial cancer who have not received prior therapy and who have low expression of the protein programmed death ligand 1 (PD-L1).

Bladder preservation for MIBC is associated with a higher mortality rate and greater costs compared with radical cystectomy.

In 2015, 69% of surgeries for prostate, bladder, and kidney cancer were performed with robotic assistance, a new meta-analysis shows.

Patients in the highest quintile of urinary albumin excretion had a 4.5-fold increased risk of urothelial cell carcinoma vs those in quintiles 1-3.

Study findings suggest that clinicians should use neoadjuvant chemotherapy in many more muscle-invasive bladder cancer patients.